Aquaculture is the fastest-growing animal-based food industry in the world.  Over half of the seafood eaten in the US is farm raised, most being imported.  Population growth and diminishing natural harvests put the managed aquaculture industry in a prime position for explosive growth globally.  Superior water quality management will be key to ultimate industry success.

Dissolved oxygen (DO) is by far the most important chemical parameter in aquaculture. Low-dissolved oxygen levels are responsible for more fish kills, either directly or indirectly, than all other problems combined. Like humans, fish require oxygen for respiration. The amount of oxygen consumed by the fish is a function of its size, feeding rate, activity level, and temperature. Small fish consume more oxygen than do large fish because of their higher metabolic rate.

Fish farmers, attempting to maximize production, stock greater amounts of fish in a given body of water than found in nature. Frequently, due to increased oxygen demand, it is necessary to supply supplemental aeration to maintain adequate levels of dissolved oxygen. 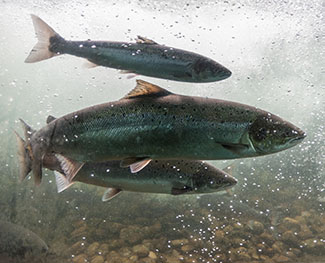 To obtain good growth, fish must be cultured at optimum levels of dissolved oxygen. A good rule of thumb is to maintain DO levels of at least 5 ppm. Dissolved oxygen levels less than 5 ppm can place undue stress on the fish, and levels less than 2 ppm will result in death. While this is a rule of thumb, warm and cold water species have varying tolerances to low DO levels.

In nature, oxygen enters the water primarily through direct diffusion at the air-water interface and through plant photosynthesis. Direct diffusion is relatively insignificant unless there is considerable wind and wave action. Several forms of mechanical aeration are currently in use to assist nature. The general categories are: 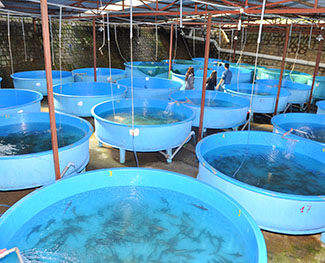 There are two components to Gaia’s nanobubble technology that allow it to create DO levels up to 5 times what can be attained through conventional technologies: 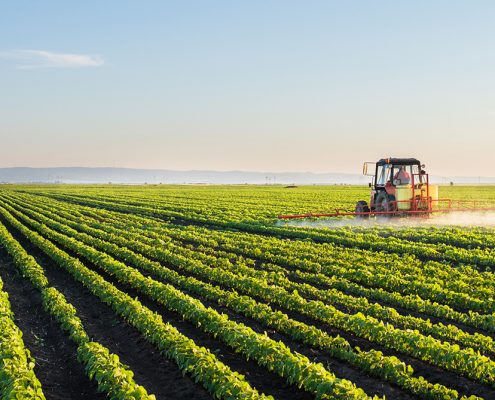 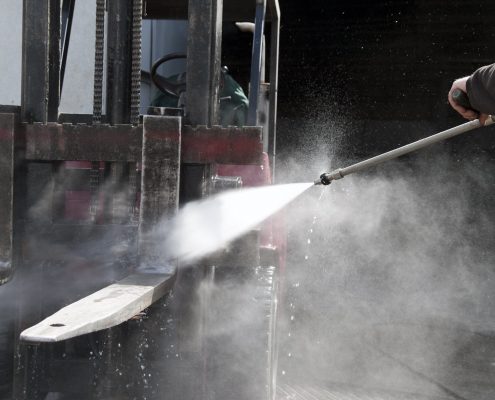 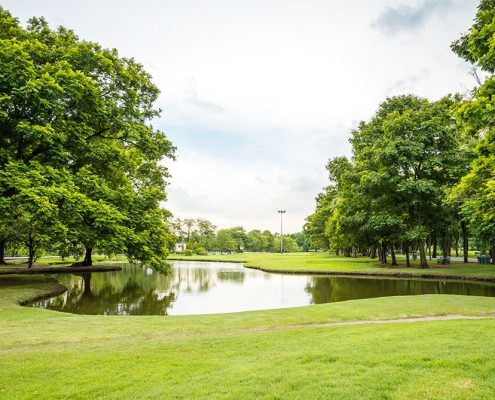 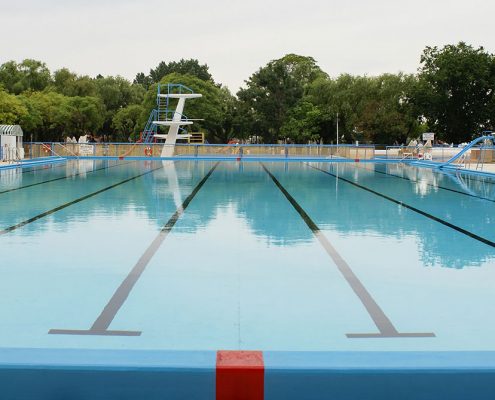 How can Gaia help you?